Stewart Granger made several films in the Pacific Islands around the 1950s - I remember watching All the Brothers Were Valiant, an action adventure film in which he played a sailing ship's captain, for instance - and he came back from the Pacific with a habit of wearing sarongs as casual wear. He found them comfortable and practical garments.
They're basically skirts, of course, and they're worn throughout the Pacific and South East Asia as everyday male clothing.
Sadly I was unable to find a picture of Stewart Granger in a sarong, but here is a group of Indonesian men: 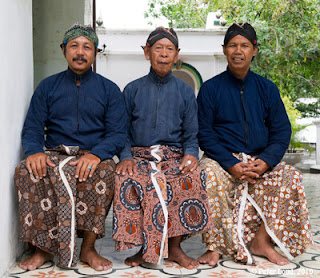