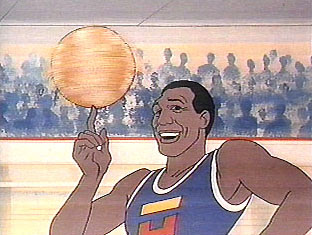 Another bit of my childhood gone! The Harlem Globetrotters was one of the kids' cartoons I used to watch in the early 70s. It was a bit of American glamour - nobody played basketball in Manchester then! (Or nobody I knew, anyway).
And now Meadowlark Lemon, who was the leader of the team, has died. He was 83, and seems to have been a genuinely nice person.
Actually, it took me ages to work out that his name was Meadowlark - I had a bit of trouble understanding the accents on the cartoon - and I don't think I've ever come across anyone else with that first name.
Posted by Eigon at 05:56 No comments:

Email ThisBlogThis!Share to TwitterShare to FacebookShare to Pinterest
Labels: cartoons 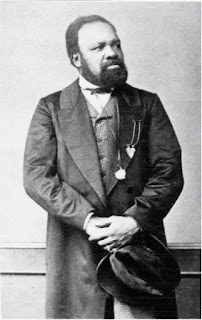 Ira Aldridge was born in New York, but spent most of his career as an actor on stage in England and Europe, especially in Shakespearean roles. When he arrived in Liverpool in 1824, with another black actor, James Wallack, England had only recently outlawed the slave trade.
One of his early reviews, from the Times, was less than complimentary - the reporter said that he had "lips so shaped that it is utterly impossible for him to pronounce English". But he went on to play Othello - and also various white characters, for which he "whited up" with greasepaint and wigs, playing Shylock, Richard III and Macbeth and, later in his career, Lear.
He also toured Europe, with success in Germany, and performances in Russia, Serbia and Budapest.
Four of his children with his second wife went on to have musical careers. The two girls, Irene and Amanda, became opera singers. Amanda also gave elecution lessons to Paul Robeson in 1930 when he was preparing to play Othello in London.
Ira died in 1867, while visiting Poland, and is buried in Lodz, where he was given a state funeral. He was quickly forgotten in Britain, but remained a source of inspiration to African American actors. He is one of 33 actors honoured with a bronze plaque at the Shakespeare Memorial Theatre in Stratford-upon-Avon, and the only African American.
Posted by Eigon at 12:24 No comments: 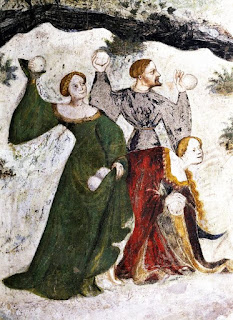 I met a lovely old gentleman in the book shop today, who was doing research into the Mosquito aircraft from the Second World War. His older brother had flown one during the war, ferrying injured soldiers from airfields in the Burmese jungles back to base - twenty minutes by air, but four days on the ground, by which time some of those men would have died.
But a Mosquito is only a two seater aircraft, and they were ferrying four injured soldiers at a time - in the bomb bay!
The gentleman's brother had been awarded a Burma Star medal, and he wanted to know how he had got it, because his brother had never talked about it.
He knew a lot of interesting things about Mosquitos - for instance, during the Second World War the best makers of ball bearings were in Switzerland, which was, of course, neutral territory. The British sent a Mosquito over occupied Europe with a buyer for the ball bearings travelling in the bomb bay - though this time the trip took six hours rather than twenty minutes! At the same time, German buyers were also going to the Swiss manufacturers to buy ball bearings, and the English and Germans would meet while doing their business there. It's one of those things that you don't really think about, but ball bearings were essential for lots of machinery.
As a boy, in Reading, he remembered a factory being put into the basement of the local department store - he used to go down there and scrounge waste wood and nails. He thought, though it was never said, that the girls cutting the wood to shape there were working on Mosquito frames - it being a wooden aircraft, and something that furniture makers could turn their hands to for the war effort. 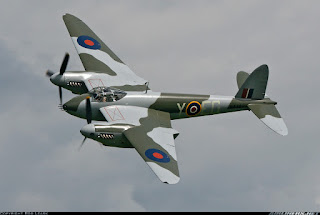 SPACE AGE ARCHAEOLOGY: Women in the kitchen of science: on being excluded...

SPACE AGE ARCHAEOLOGY: Women in the kitchen of science: on being excluded...: When I was in my late teens at university, one of my favourite books was Herman Hesse's The Glass Bead Game (1943). In the 25th centur...
Posted by Eigon at 10:01 No comments:

ISIS is "afraid of girls."

Posted by INSIDER on Thursday, 10 December 2015

I hope this works - a short video on the young women Kurdish rebels who are fighting Daesh/ISIS.
Posted by Eigon at 06:17 No comments:

Strictly speaking, Elizabeth Anderson Gray was a geologist, rather than an archaeologist, but she did contribute greatly to the knowledge of the past in Scotland by her fossil collecting. 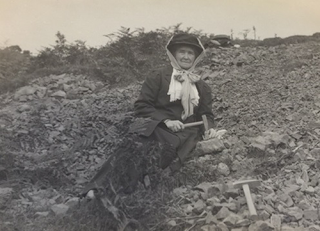 Here she is, looking at the rocks of Girvan, the area where she lived and did most of her collecting. She also introduced her two daughters, Alice and Edith, to the work, and they continued to work in the field after her death.
It was her careful record keeping of where the specimens were found that was important to the study of the Paleozoic in Scotland and fossils that she collected still remain important to the study of the Ordovician and Silurian periods today. She made sure that the importance of her finds was recognised by having them formally described by established scientists (who were all men, of course), though she was honoured by having some of the specimens named after her (in her married name) and in 1903 she was awarded the Murchison Geological Fund by the Geological Society of London for her lifelong contribution to early Paleozoic geological research. She was the first woman to be so honoured, and was 72 at the time. She continued collecting until 1923 and died in 1924.
Posted by Eigon at 12:47 No comments:

One of my teenage heartthrobs, when I was ever so slightly obsessed with Raffles, has just died. 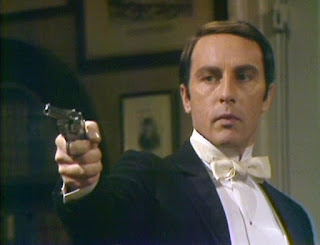 The 1970s was a good time to find Anthony Valentine on screen - often as a baddie (the Nazi officer in Colditz for example) but I also remember an episode of Pathfinder where he played the pilot of a Lancaster bomber whose crew had all baled out over France - he was flying the damaged plane back across the Channel alone, and about half way through the episode he started hallucinating. It was a gripping piece of television. (Who remembers Pathfinder now?)
He was also wonderfully scary as the Baron de Belleme, master of black magic, in Robin of Sherwood - I think he even scared the Sheriff!

And as my Young Man put it, he was always the most elegant man in the room.
So I was sad to hear yesterday that he has died, at the age of 76.
Posted by Eigon at 03:06 No comments: