The Sporting Chance is, without doubt, the most sexist episode of the Saint I've seen so far. Usually, he seems respectful of women, and seems comfortable around women professionals. In this episode, though, he starts off with his usual piece to camera about how women are entering every workplace and sitting on bar stools alongside the men - but there's one place that women do not follow men, and that's the fishing trip.
The setting is a hunting lodge in Ontario, and the plot involves a scientist who has defected to the West but is now being blackmailed to return to the East.
The bad guys are doing this under the cover of a logging company, where the Saint chats to the innocent secretary - who wears glasses.
He says the cliché line - "you look prettier without your glasses", and makes it worse by adding later that she doesn't really need her glasses anyway.
All of this is a pity, because one of the bad guys, Derren Nesbitt who played the Russian sea plane pilot, is great fun, and seems to be channelling Douglas Fairbanks Jr. Derren Nesbitt later appeared in The Blue Max and Where Eagles Dare, as Major Von Happen.

In the next episode I saw, the Miracle Tea Party, the Saint was back to being respectful of women's abilities, recruiting Aunt Hattie, an older lady who was a keen bird photographer, to take photos of customers at a chemist's shop at the heart of the spying ring he was investigating. Aunt Hattie was played by Fabia Drake, who was best known as a Shakespearean actress.
Posted by Eigon at 11:35 No comments:

My twitter feed today was full of tributes to Judith Kerr, author of the Mog books and The Tiger Who Came to Tea, as well as her autobiography When Hitler Stole Pink Rabbit. As a child, she was part of a family that fled Germany to come to England just before the Second World War.
She has just died, aged 95.
Last year, she was a speaker at Hay Festival.
I first came across the Mog books when I lived in London in the 1980s, with a teacher friend who videoed children's programmes at home to use with her class. One of them was Mog, and I thought it was delightful.
The picture books still sell well, because Mog is such a lovely character. And the last story, Goodbye Mog, has been known to make grown adults cry.

The Saint Tackles Council Corruption and an Arabian Coup

I enjoyed The Saint Plays With Fire, so I've been watching a few more episodes from late 1963 and early 1964.

The Well-Meaning Mayor starts with a local election, and deals with council corruption in an English seaside town - a new civic centre is being built, and somebody is making a lot of profit from it. Some of the episode was shot on location on a real building site, and it amused me that the entrance to the site had a big sign up saying "New Civic Centre" in case the viewer was in any doubt.
The idea of a council overspending on a building project struck me as being quite topical.

And then there's The Wonderful War, set in a fictional Arab country next-door to Kuwait with every Middle Eastern cliché going. There's a wicked prime minister who organises a coup once oil is found in the country, a young prince who escapes and gets the help of the Saint - and it seems that the Saint can speak fluent Arabic now. He gives a rabble rousing speech in support of the prince, dressed in Arab robes. Oh, and the Arab soldiers are about as good shots as Star Wars Imperial stormtroopers. There's even a hilariously bad sword fight, which is about at the same standard as Richard Greene's Robin Hood. Modern fight choreography is in a totally different league.
The Saint is assisted in his plot to regain the prince's throne by the wonderful Noel Purcell, as an Irish oil man, a pretty girl (daughter of another oil man who has been murdered) and a middle-aged Scottish lady who lives in Kuwait.
There's a feast with a belly dancer, where the Saint is offered a sheep's eyeball to eat. And all the Arab characters are, of course, played by white English actors. The nearest they get to an Arab is Ishaq Bux, who played "Arab (uncredited)" and was actually Indian.
The belly dancer, however, was a real princess - Princess Soraya Esfandiary, the second wife of the Shah of Persia!
Posted by Eigon at 13:58 No comments:

The Saint Plays With Fire

I fancied something vintage to watch last night, and so picked up the next DVD in my pile of The Saint episodes.
The beginning was a bit of a shock, to be honest - The Saint was observing a Fascist rally in Trafalgar Square, with some stock footage of protesters struggling against a cordon of police. I don't know who they really were, but in the story they were anti-fascists trying to get to the podium where the leader of the British Nazi Party was speaking.
A punch up ensued.
The Saint observes to camera how much he hates Nazis, and that it's only 20 years after the end of the Second World War and here they are again.
He's then drawn into an adventure involving files stolen from the British Nazi HQ, detailing the rich donors to the party. This information is passed to a journalist who is going to write a magazine article about it. The whole premise of the story is that, if the magazine article is published, this will be the end of the British Nazi Party, and will totally discredit all the donors. They will, therefore, stop at nothing to prevent the journalist from writing his story, while trying to get the information back from wherever it's hidden.
And the Saint finds out how difficult it is to burn through his bonds with a cigarette lighter held by the beautiful girl he's been imprisoned in a cellar with.

If only today's Fascists could be defeated with a well-placed magazine article....
Posted by Eigon at 12:06 No comments:

I wasn't a great fan of Freddie Starr's comedy, but I was sorry to hear of his death at his home in Spain the other day.
It reminded me of an incident in my childhood....

When I was young, we had a caravan in Blackpool, and in the summer holidays we would always go to a big show at one of the Blackpool theatres. This particular year, top of the bill were the Batchelors, Con, Dec and John, and somewhere near the bottom of the bill, just starting out, was a young comic called Freddie Starr.
At the interval, mum took us round to the stage door to see if anyone would come out to give autographs. Con came out, and as he did so a woman stepped right in front of my little sister, who would have been about seven years old, to ask for his autograph. Con neatly swerved round the woman, signed my sister's autograph book, and headed straight on to the bar.
We stood around, hoping that someone else would come out, and Freddie Starr chose that moment to walk past the stage door on the inside. They were double doors with a round window near the top like a port hole. Seeing us, he stopped, and pressed his nose against the glass, and made faces at us to make us laugh.
He didn't have to do that - he could have just walked on.
Posted by Eigon at 02:57 No comments:

I was sorry to hear of the death of Jack Cohen this week.

Back in the 1980s I saw him speak at a couple of Star Trek conventions. Some of this was about his work as a biologist. There were some - interesting - slides of a very strange variety of sexual organs.... Also, he talked about the sexual life of tribbles. I remember him setting the audience some problems that confounded us, and which I still sometimes use if I want to appear cleverer than I really am!
I remember him being very enthusiastic and happy to talk to SF fans at a time when there was a perception that serious scientists didn't do that.
He was also a consultant to SF TV shows and novelists, including Anne McCaffrey and James White, Harry Harrison and David Gerrold.
And then there was the collaboration between Jack Cohen, Ian Stewart (another scientist) and Terry Pratchett, resulting in the spin off series from the Discworld universe The Science of Discworld. There was a talk about this at LonCon 2014, with a picture of Jack and Ian receiving their honorary degrees from the Unseen University!

I've recently discovered the website "I Love Manchester", and alongside the current news about what's on around Manchester, they are running a series of posts about Manchester history.
Some time ago I got interested in trying to find out about black people living in the UK throughout history, but I wasn't able to find out very much about Manchester - until now.
#16 of the series The Story of Manchester in 101 Objects is about the campaign to abolish slavery.
As Cottonopolis, Manchester imported vast amounts of cotton from the Southern States of the USA - cotton that was picked by slaves. But towards the end of the 18thC, the case for the abolition of slavery began to be made, and Thomas Clarkson came to speak at what is now Manchester Cathedral (then just the parish church) in 1787, to make the case for the end of slavery. A huge crowd attended his speech, including a group of 40 or 50 black people standing near the pulpit.
So in 1787 there were at least 40 or 50 black people living in Manchester.
The talk led to abolition societies being set up in Manchester, and when William Wilberforce was collecting signatures for a petition to present to Parliament on the subject 10,639 signatures were collected in Manchester, which was the largest single petition. Sadly, it was lost in the fire in Parliament in 1834.
In 1792, there was a boycott of West Indies sugar to protest about slavery.
One former slave settled in Manchester. He escaped his owners in Virginia in 1849 by posting himself in a box to a group of abolitionists in Philadelphia, and was thus known as Henry "Box" Brown. For a while, he became an abolitionist speaker in the US, but in 1850 the Fugitive Slave Act was passed, and Henry was worried about his safety, so he travelled to Liverpool. He toured with an anti-slavery panorama, becoming a showman and magician.
Back in the US, Henry had escaped his master after he had refused to buy Henry's wife and children when they were put up for sale. In England, he married again, to Jane, a Cornish tin miner's daughter, and later toured the US as a performer with his new family.
While in England, he settled in Manchester. In 1871 the Census shows him living in Cheetham with his wife and a servant.
Finally he returned to the States, some time after the Civil War was over, and died in Toronto in 1897. He wrote an autobiography - Narrative of the Life of Henry Box Brown, Written by Himself - the first edition in Boston in 1849 and a later, revised edition, in Manchester in 1851.
Posted by Eigon at 12:26 No comments: 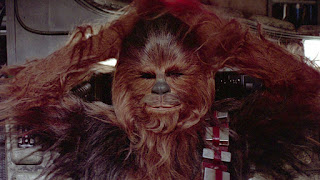