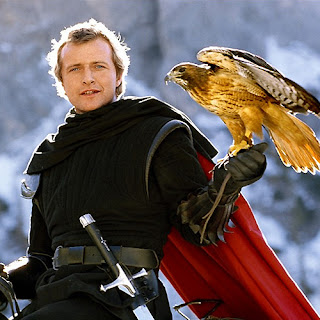 I haven't seen many of Rutger Hauer's films, but I loved Ladyhawke, and was impressed with his performance in Bladerunner. He was the bad guy in the film of Buffy the Vampire Slayer, which led to the long running series. And the Guinness commercials were fun. He appeared in many films and TV series, in English and Dutch.
In his personal life, he was an environmentalist, and set up and AIDS awareness organisation called the Rutger Hauer Starfish Association.
I've just heard that he's died, aged 75.
Posted by Eigon at 11:29 No comments:

The Captain of the Seaview Dies 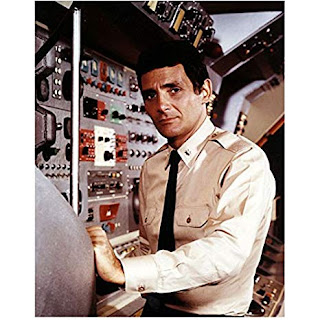 David Hedison, who played Captain Lee Crane of the Seaview in Voyage to the Bottom of the Sea, has died, aged 92.
I loved Voyage to the Bottom of the Sea, but even when I was seven I was aware of how silly some of it was - like the crewmen who died were always the ones with a Polish name, rather like a redshirt on Star Trek. And it wasn't a decent episode unless a control panel blew up!

David Hedison played other roles as well, of course - in the original The Fly, for instance, and he was Felix Leiter in the Bond films Live and Let Die and Licence to Kill.

I was quite surprised to find he'd also played the lead in a 1958 film, The Son of Robin Hood. I thought I was aware of all the Robin Hood films out there, but I don't think I've ever seen this one.
He was also a guest star in The Saint. I've been watching my way through a partial collection of Saint episodes which I picked up in a charity shop a while back, and I haven't seen him yet.
His parents were Armenian, and he got married to Bridget in London in 1968. One of his daughters, Alexandra, a fine art photographer, is married to Jodie Foster.
Posted by Eigon at 12:25 No comments:

I am ridiculously happy!

At work, we often get CDs, DVDs and, occasionally, videos, along with the book collections we buy. Sadly, it's very hard to sell the videos, because so few people now have a video player, so often these get thrown away.
Today, though, the video heading for landfill was the incomparable Derek Nimmo, starring in all 8 surviving episodes of Oh, Brother!
He was a novice monk. Hilarity ensued.
The series ran from 1968 to 1970, and I remember it with great fondness - so I brought it home.