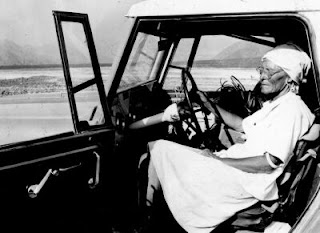 Maria Reiche was born in Germany, but spent most of her life in Peru. She studied mathematics and astronomy at Dresden University, and went to Peru in the 1930s to become a private tutor to a German-Peruvian family. Mr Tabel was the German consul and head of a local brewery. She remained in Peru during the Nazi era and through the Second World War, and by this time she had met Dr Paul Kosok, who had begun to study the Nazca Lines. Unfortunately, the Pan American highway had already been built across the area, damaging one of the figures.
Maria became Dr Kosok's research assistant, measuring the lines and suggesting astronomical reasons for the layout of the figures.
She spent the rest of her life studying the figures and protecting them - from a proposed cotton plantation in the 1950s, for instance, when the landowner wanted to irrigate the plain.
She had a tower built so that tourists could see the figures more easily without damaging them, and even went round the lines with a broom to clean them so they could be seen more easily. She said: "I went through so many brooms rumours circulated that I might be a witch!"
She died at the age of 95 in 1998.
There is now a Maria Reiche Park at Miraflores in Lima, with figures from the Nazca Lines laid out in flowers on the lawns.
Posted by Eigon at 05:25 No comments:

I'd heard, vaguely, of this series, and thought I might enjoy it - and last week I decided to send off for the first season on DVD. I'd seen it described as a cross between Doctor Who and Indiana Jones, which are fairly high bars to clear - but the first two episodes were just glorious fun!
The first two episodes set up what's to come - there's a marvellous magical library, stuffed with magical artefacts, and run by The Librarian. Like the Slayer, there is only ever one Librarian, because that's the way it's always been done.
But now someone is murdering people who were runners up to be the latest Librarian, and the present Librarian is in a race against time to find the others on the list before they are murdered too. And the Library has contacted a counter-terrorist Colonel to be, basically, the Librarian's bodyguard, or Guardian. Librarians tend to die quite often.
So, the team is put together - a thief, an oil-rigger who writes books on art history (all these people are incredibly smart - I love a series where the heroes solve their problems with cleverness rather than violence), and a cleaner at a hospital who has a photographic memory - and a brain tumour.
And they're up against the Serpent Brotherhood, led by a man straight out of a Nazi thriller, who wants to bring magic back into the world, under his control.
By the end of the second episode, they have lost the main library, which has become untethered from its portal in Time and Space, and are working from an annexe to the Library underneath a bridge in Oregon, with the reluctant help of the man who was using the Library for research there. The Librarian goes off to try to find a way back into the library (they can access the books, but not get into the space - they must have spent a lot on the main Library set and the special effects to fold it in on itself, and the annexe is obviously cheaper!)
I was having so much fun that I just about forgave them for the Librarian's ignorance of archaeology. IT ISN'T A HENGE that they find in the Black Forest - it's a stone circle that looks like a very fake Stonehenge (honestly, I haven't seen stones that fake looking since the Doctor Who episode The Stones of Blood and that was filmed in the 1970s). A henge is the ditch and bank round the outside of the stone circle at Stonehenge - which is why most people think the word henge relates to the stones. It did give Cassandra a good scene where she worked out the angle of the sun on a certain day to find the magical artefact, with lots of CGI mathematical formulae swirling round her head. Basically, she's Fred from Angel, and I liked Fred from Angel.
And the exhibition of the Crown Jewels at the Tower of London looks nothing like the set they put together either - I've been there.
But it's such fun that I don't really mind - I want to see how the new Librarians get trained, and what the Serpent Brotherhood will do next. And I wasn't expecting to be quite so emotionally involved with Excalibur - the sword really came across as a character in its own right. 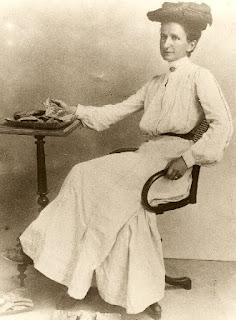 Harriet was an American teacher with a modest inheritance who decided to go to the source of Greek history and discover it for herself. She had studied Classics at college, but was not interested in the more usual career path for ladies of librarian or museum curator. In 1896, she enrolled in the American School of Classical Studies in Athens, but the school would not send her out to do field work.
So she set out on her own to Crete to find a site and dig it, getting all the necessary permissions herself, and talking to local farmers and villagers to help her to decide where to dig, with the help of local workers.
Her first site was a tomb, and she went on to teach Greek archaeology back at Smith College, Massachusetts, where she had studied, while returning for further seasons in Crete, mainly at Gournia, a Minoan village of 70 houses and an acropolis. She was the first archaeologist to discover and completely excavate an Early Bronze Age Minoan town site. She recieved her MA from Smith College in 1901, and an honorary doctorate in 1910.
She married Charles Henry Hawes, a British anthropologist and archaeologist who she met in Greece, in 1906. Charles went on to become associate director of the Boston Museum of Fine Arts. She and Charles wrote a book together; "Crete: The Forerunner of Greece" and she continued to teach. They had two children.
She was also active in nursing during the Greco-Turkish War of 1897 and the First World War.
She died in 1945, aged 73.
Posted by Eigon at 08:57 No comments:

I was reading the excellent blog Spitalfields Life, in which the Gentle Author had a day out in Gravesend - where he found this statue (picture taken from Wikipedia):

Mohinder Singh Pujji was a commercial pilot before the Second World War, and one of the first pilots to volunteer with the Royal Indian Air Force to come to Britain. He flew Hurricanes just after the Battle of Britain, and later flew in the Middle East. He was awarded the DFC during his service in Burma for flying reconnaissance missions over Japanese territory, often in monsoon conditions, to bring back information about Japanese troop movements.
After the war, and a bout of TB that ended his military career, he worked at the Safdarjung Aerodrome in Delhi, and after his retirement he moved to Britain, finally living in Gravesend. In 2000, he was made an honorary Freeman of the Borough of Newham.

In 2005 he protested the use of the image of a Spitfire by the BNP in their leaflets, saying:
"The BNP are wrong to use the Spitfire as representative of their party. They forget people from different backgrounds helped in the Second World War. I am proof of this - I was flying a Spitfire. I also met Winston Churchill. Even in those days, there were ethnic minorities fighting for the British."

Partly because of his comments, the Royal Air Force Museum at Cosford mounted a permanent exhibition in 2009 called Diversity in the Royal Air Force - Mohinder Singh Pujji was guest of honour at the opening.
He died of a stroke in 2010, aged 92.
The statue was erected in 2014.
Posted by Eigon at 12:48 No comments:

There's a news story going round Twitter about a medical emergency on a commercial airline, and a black woman doctor who was not believed when she volunteered her services to help the patient. There's now a hashtag #thisiswhatadoctorlookslike, sharing photos of black women doctors.
So here's a picture of three of the first non-white women to train as doctors in Philadelphia in 1885, in their national costumes: 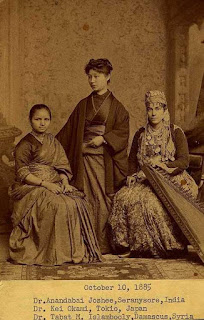 They are Dr Anandabai Joshee, from India, Dr Kai Okami, from Japan, and Dr Tabat Islambooley from Syria.

Email ThisBlogThis!Share to TwitterShare to FacebookShare to Pinterest
Labels: feminism 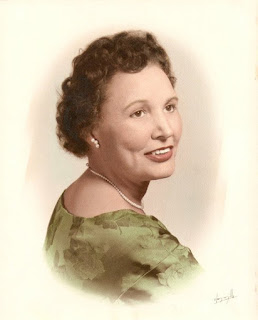 Email ThisBlogThis!Share to TwitterShare to FacebookShare to Pinterest
Labels: science 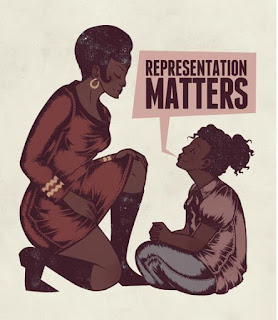 Why Are They Afraid?

I normally keep this blog to share things that make me happy, but I had to say something about the story on Wales Online in which Carwyn Jones, First Minister of Wales, replied to Theresa May's comments about immigration. One of the comments, by DillThomas, was:

"He doesn't realize that the EU referendum went the way it did because the ordinary British people were afraid of what uncontrolled immigration was going to do to the country long term."

Why are they afraid?

We can see what immigration has done to this country long term if we just look back into the past. How about 1950 to the present? That's pretty long term, and we should be able to judge how immigration has affected this country by the changes we have seen over that time. My view is that I'd rather live now than in 1950.

British culture has changed over that time, but things that are traditionally English, or Welsh or Scottish have not disappeared. There's a local Morris dancing side, I can drink a wide variety of real ales, and sing folk songs in a local pub, and watch cricket or football or rugby should I feel so inclined, or sing in a choir, or attend a Remembrance Day parade, or eat a traditional Sunday roast at a local pub.
But I can also go out for Indian or Nepali or Chinese food locally, or Spanish tapas - and Greek mezze if I go into Hereford. The pub that does the Sunday roast also does good pizza. A friend of mine plays in a samba band, and enjoys it, but traditional brass bands still exist.

Long term, the country has changed, but it would have changed even if there had been no immigration at all. Technology has changed the way we live almost out of recognition, but culture continues where people want it to - where they participate in activities, and learn to dance, or play an instrument, or join a sports team, or organise a St David's Day party, or go to a Shakespeare play.

Immigrants have enriched this country, bringing new businesses, different sorts of food, expertise in science, and law, in teaching - and in the NHS, which wouldn't be able to cope without foreign doctors and nurses.

Carwyn Jones says that: "The content and tone of the announcements made in the Tory Conference have been disturbing, sinister and beneath contempt."
He talks about an open and inclusive Wales, with "A bright future for our children and grandchildren, based on our values of fairness, internationalism and prosperity for all." and continues: "What a terrible message to suggest that some people in our NHS, in our communities, are worth more than others."

That's the sort of country I want to live in, not a country which is afraid of foreigners.